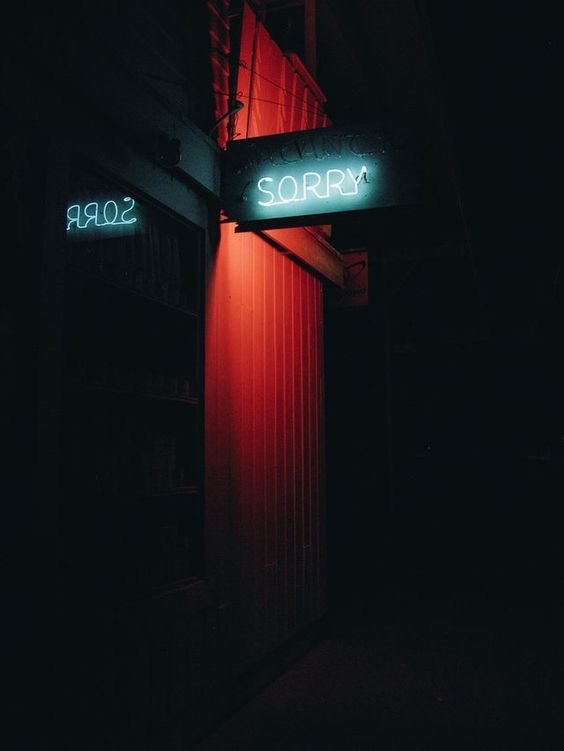 “Sorry!” is often not enough when you hurt someone or cross their boundaries in unacceptable ways to their being.

I used to think of apologies as the panacea of healing or an adding of insult to injury depending on their delivery and subsequent actions. As I operated from the idea that people “made me” feel one way or another that was a logical. The more I learned to take responsibility for my emotions, as my choice by virtue of reverting to habitual perceptions and scripts my subconscious keeps reenacting and buying into, the less this idea aligned with my felt and sensed reality.

The presence or absence of an apology and its quality no longer had total control of my wellbeing. They affect it in moments of triggering or in close familial relationships but they lost their strangling hold on my emotions. I have developed more spaciousness in me to pause, reflect and choose my response consciously.

These days the quality and form of an apology is an expression of another’s state of consciousness, awareness and an (unconscious) expression of the value of our relationship or my person to them. These things I observe, take in and reflect on before responding.

The absence or form of an apology does not define if and when I forgive someone. I choose to work towards authentically forgiving everyone and everything as a gift of love and freedom to self and other.

“Never ruin an apology with an excuse.”
~ Benjamin Franklin

Often an apology will be accompanied by an excuse or a worse a string of them and my response will be a knowing smile as it tells me they are not taking full responsibility for their actions, not quite honest and/ or are avoiding touching on wounds of shame or guilt they hold around wronging or hurting another.

Repeated apologies lacking a change of actions or more enlightened awareness are often an expression of a lack of true understanding or acceptance of the wrongness of their action and show a lack of internal alignment of all parts in pursuit of change.

Apologies and changed behavior without a verbal or behavioral expression of a willingness and active participation in repairing the damage caused to other and relationship are the well meaning acts of people who haven’t contemplated, intuited or cared to researched the dynamics of relating and beingness.

Different to earlier years, I tend to accept all types of incomplete apologies because I have no wish to hold them hostage to their misstep and I take full responsibility for my feelings in response to the situation and right things internally.

Understanding that I have the power to affect or define how to perceive, think and feel about what happened by choosing my thoughts and paradigms has gifted me with more peace and less feelings of powerlessness and helplessness due to external control over my wellbeing.

But none of my shifts has  lead to making myself a doormat or being accepting of abusive or denigrating behaviors by others to the contrary. I have become more perceptive and deliberate in choosing what kind of people or relationship dynamics I want and allow to remain in my experience.

Every incomplete apology, that is any apology that doesn’t entail all of the following:

will have me step back, sense my intuitions, reevaluate the relationship, person, shared history and decide if and in what way I want to invest in keeping, up-leveling or letting go of the relationship.

Relationships built on a long or deep history of trust, loyalty and kindness often don’t need more than a simple “Sorry.”and yet they are the ones in which I experience the most complete apologies.

In my experience it is in new or superficial relationships that I most want to see complete apologies as part of building trust and experiences of good and effective repair in relating. And it is often in these that people overestimate the substantiality of the relationship and believe that a simple “Sorry.” will resolve things.

I am increasingly opting out of connections with people who show themselves unconscious and uncaring of the needs of friendships and relationships, the ones who are highly fragile while expecting others to be thick skinned, the ones who whine that they cannot help knowing less about relationship dynamics and consistently choosing to ignore chances to learn about them.

I am well aware that my heightened sensitivity and reactivity to them is owed to the fact that I am unlearning patterns of unconscious low self esteem and unlove. And I know that I attract such encounters as an opportunity for growth and movement towards neutrality. But I dislike them immensely nonetheless!

In the end it all depends on the energy with which an apology is offered, if it comes from love and/ or feelings of remorse even an incomplete apology will be accepted by me without loss or change to our relationship. If my system detects any trace of deceit or artifice in it though, I most likely will distance myself and change our relating until a full repair and restoration of trust occurs.