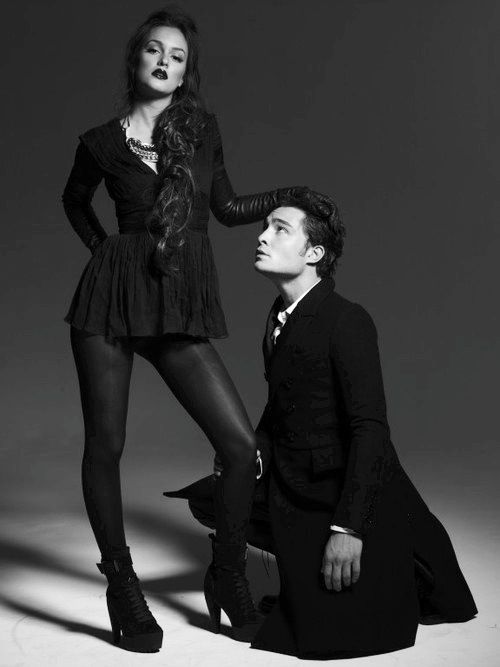 The child in its ignorance craves an exclusive love that is not humanly possible. The love it wants is selfish; it does not want to share love with others, with brothers or sisters or even with the other parent. The child is often unconsciously jealous of both parents. Ye if the parents do not love each other, the child suffers even more. So the first conflict arises from two opposite desires. On the on hand the child wants the love of each parent exclusively; on the other, it suffers if the parents do not love each other. Since the love-capacity of any parent is imperfect, the child misunderstands that despite this imperfection most parents are still fully capable of loving more than one person. The child feels excluded and rejected if the parent also loves others, however. In short the exclusive love the child craves can never be gratified. Furthermore, whenever the child is prohibited from having its way, this is taken as an additional “proof” that the child is not sufficiently loved.

This frustration causes the child to feel rejected, which, in turn, causes hatred, resentment, hostility, and aggression. This is the second part of the vicious circle. The need for love that cannot be gratified causes hatred and hostility toward the very people one loves the most. Generally speaking, this is the second conflict of the growing human being. If the child hated someone it did not love at the same time, if it loved in its own way and did not desire love in return, this conflict could not arise. The very fact that hatred exists for the very person one loves dearly creates an important conflict in the human psyche. It is self-evident that the child feels ashamed of these negative emotions, and therefore it puts this conflict into the subconscious where it festers. This hatred causes guilt because the child is taught early that it is bad, wrong, and sinful to hate, particularly one’s parents whom one is supposed to love and honor. It is the guilt, living on and on in the subconscious, which in the adult personality causes all sorts of inner and outer conflicts. Moreover, people are unaware of the roots of these conflicts until they decide to find out what is hidden in their subconscious.

Fear of Punishment, Fear of Happiness

This guilt has a further, and again inevitable, reaction. Feeling guilty, the child’s unconscious says “I deserve to be punished.” Thus a fear of punishment arises in the soul, which again is almost always completely unconscious. However, the manifestations can be found in various symptoms, which, if followed through, will finally lead to the chain reactions I will describe next.

With this fear of punishment a further reaction sets in, that whenever you are happy and enjoy pleasure, in spite of this being a natural longing, you feel you do not deserve it. The guilt of hate loves most convinces the child that is undeserving of anything good, joyful, or pleasurable. The child feels that if it were ever to become happy, the punishment, which seems inevitable, would be that much greater. Therefore the child unconsciously avoids happiness, thinking to atone in this way and thus to avoid even greater punishment. This avoidance creates situations and patterns that always seem to destroy everything most dearly wished for in life.

It is this fear of happiness that leads a person to all sorts of unhealthy reactions, symptoms, endeavors, manipulations of emotions, and even to actions which indirectly create patterns that appear as if they would happen involuntarily, without the personality being responsible for them at all. Thus a further conflict comes into existence. On the one hand, the personality is yearning for happiness and fulfillment, on the other, a fear of happiness prohibits the fulfillment. Although the desire for happiness can never be eradicated, yet, due to this deeply hidden guilty feeling, the stronger one desires happiness, the guiltier one feels.

Now the fear of being punished and the fear of not deserving happiness creates a further and more complicated reaction. The unconscious mind thinks, “I am afraid to be punished by others, although I know I deserve it. It is much worse to be punished by others, for then I am really at the mercy of others, be it people, be it fates, be it God, be it life itself. But perhaps if I punished myself I could at least avoid the humiliation, the helplessness, and the degradation of being punished by forces outside myself.” These basic conflicts of love and hatred, of guilt and fear of punishment exist in every human personality. The compulsive desire for self-punishment due to wrong and ignorant conclusions exists in every human being to some degree.

Thus the personality inflicts punishment on itself. This may happen in various ways, either by physical disease that the psyche produces, or by various mishaps, difficulties, failures, or conflicts in any area of life. In each case the area affected depends on the personal image the child has formed and carried around during this lifetime until it is found and eventually dissolved. Thus if an image exists regarding profession and career, for instance, it will be fortified by the inherent desire for self-punishment; difficulties in this respect will constantly arise in the person’s life. Or if an image connected to love and marital exists, the same pattern will hold true there.

Hence, if and when you do not succeed in a conscious and legitimate desire, and looking at your life you find the pattern that the fulfillment of this conscious desire was constantly frustrated, as though you had nothing to do with it (as though an unkind fate had befallen you) you can be sure that not only does an image and a wrong conclusion exist within you, but that, in addition, the need for self-punishment is also present.

A further chain reaction in this vicious circle is the personality’s split in its desire currents. The original split between love and hate, which started the vicious circle, causes further splits, as you can see quite clearly by now. One of these conflicting feelings is the need for self-punishment, yet, on the other hand, the desire not to be punished coexists with it. Thus a hidden part of the psyche argues, “Perhaps I can get around it, Perhaps I can atone in another way for my great guilt of hating.” This imaginary atonement amounts to a kind of bargaining. One does so by setting such high standards for oneself that it is impossible to live up to it in reality. This little inner voice argues, “If I am so perfect, if I have no fault and no weakness, if I am the best in everything I undertake, then I can make good for my past hatred and resentment.” And since this little voice was at one point repressed into the unconscious, it did not die; t is still alive in the present.

~ Eva Pierrakos, Fear no Evil – The Pathwork Method of Transforming the Lower Self

Definition of Image: “Every personality in the course of a lifetime, usually in earliest childhood, often even in infancy, forms certain impressions due to environmental influences or to sudden unexpected experiences. These impressions are usually based on conclusions formed by the personality. Most of the time they are wrong conclusions. One sees and experiences something unfortunate, an unavoidable hardship of life, and then generalizes these happenings into beliefs. The conclusions formed are not thought out; they are more in the nature of emotional reactions, general attitudes concerning life. They are not completely devoid of a certain kind of logic, but it is of a very limited and erroneous kind. As the years go by, these conclusions and attitudes sink more and more into the subconscious, molding to some extent the life of the person in question.”