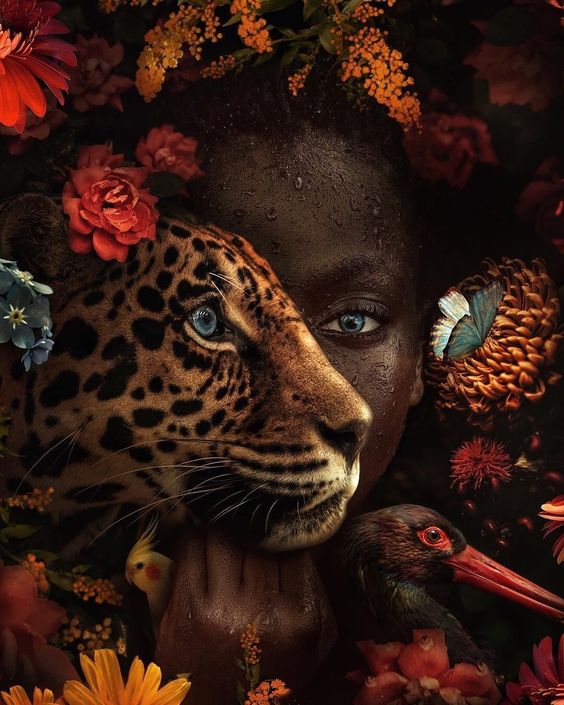 Last night the primal mind and animal entered a new level of communication with me, no longer shrouded in symbols and metaphors to be decoded, their meanings unfolded with an unprecedented clarity and directness. And interestingly enough, it was not in dream time but in the liminal space between dream world and waking world that said communication unfolded.

I am in a newfound and visceral awe of this archaic and arcane instinctual wisdom, its no nonsense attitude, and the sense of uninterrupted connection with all of life and experiences on this planet it opened up to me. What magical gifts we carry encoded in our genes without ever fully appreciating or hope of knowing them until they choose to open themselves to us?

It is a special kind of magic when this old one deems me deserving of more direct and interactive exchanges. Opening my mind to a dimension of consciousness which was not available to my awareness, though it strongly affected and formed my everyday life since I incarnated into this form.

This novel opening of the primal is helping me understand the relationships and power differentials between the primal (instinctive, animal), vital (emotional), mental (intellectual, cognitive), and higher mind (consciousness).

I am aware this is possible only thanks to the higher mind having all mindbody systems focusing for years on dispersing illusions and releasing blockages to oneness and wholeness. There is grace in this as well as a reward for commitment to the path, work done, and surrender to higher consciousness through all the twists and turns of my path.

Using a recent experience I was shown that my primal mind dispelled a sticky enchantment of the vital (emotional), which was vulnerable to it owing to old wounds, said disruption ushering in more clarity of perception and realignment of my being. Allowing me to gain a deeper understanding and appreciation of the primal, its strong medicine/wisdom, and dispel my misperception that what obstructs knowing and alignment with greater mysteries of life lies mostly in the primal. I stand corrected and bow in humble gratitude for the gift of knowing and liberation from distortion.