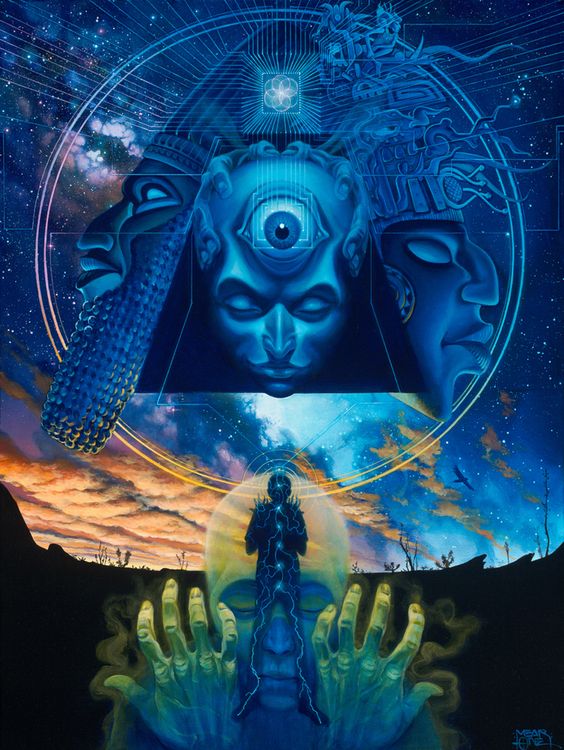 It is quite difficult to define the supramental consciousness in mental terms, for it is nonmental by definition, and it defies all our three-dimensional laws and perspectives. The word itself may mislead us, because it is not an epitome of human consciousness, but another type of consciousness.

The supramental vision is a global vision. The mind dissects little fragments and opposes them to one another. The overmind connects everything with a single beam, but its beam terminates in a single point, and it sees everything from its own particular point of view; it is unitary and universal either by way of excluding all other perspectives or else by annexing them. The Supramental, or Supermind, sees not only the whole of things and beings within a single vision, connecting all the beams together without opposing anything, but it also sees the point of view of each separate thing, each being, each force; it is an all-encompassing view that does not terminate in a single, central point but in myriads of points.

The Supramental is, above all, a power – a stupendous power. It is the direct power of the Spirit in Matter. All consciousness is power, and the higher we ascend, the greater the power, but also the farther away we are from the earth. Thus if we wish to apply our overmental power, say, to the affairs of this world, it must be brought down from one level to another and overcome the determinisms of all the intermediary levels before it can reach the depths, Matter. Finally, there remains only a dulled and weakened overmental reflection, which must then fight against more and more heavy and rebellious determinisms. This is why the spiritualists have never been able to transform life. The Supramental is the supreme Consciousness-Force in the very heart of Matter, without any intermediary. It is the “sun in the darkness” of the Veda, the meeting place of the highest Heights and the deepest Depths. Therefore it can change everything. As the Mother has said, “The true change of consciousness is one that will change the physical conditions in the world and make it into a entirely experience only; it has to go inward in order to change the outward. This aspect of “force” or “power” of consciousness is represented in India by the eternal Mother. Without Consciousness there is no Force, and without Force there is no creation – He and She, two in one, Evolution is new creation.”

The supramental consciousness, on the contrary, does not try to know or to decipher what it must do or not do; it is perfectly silent and still, living each second of time spontaneously, unconcerned by the future; then at each second, the exact required knowledge falls like a droplet of light in the silence of the consciousness: “This has to be done, that has to be said, or seen, or understood.”

The supramental action does not work wonders with flashes of lightning; it is as quiet as eternity, impelling the world and each thing in the world toward its own perfection through all the masks of imperfection. The true miracle is to do no violence to things, to impel them secretly, almost surreptitiously, toward their own center, so that deep within they may recognize the Face as their own face. There is but one miracle: the instant of recognition that nothing, any longer, is “other.”

~ Satprem, Sri Aurobindo or the Adventures of Consciousness